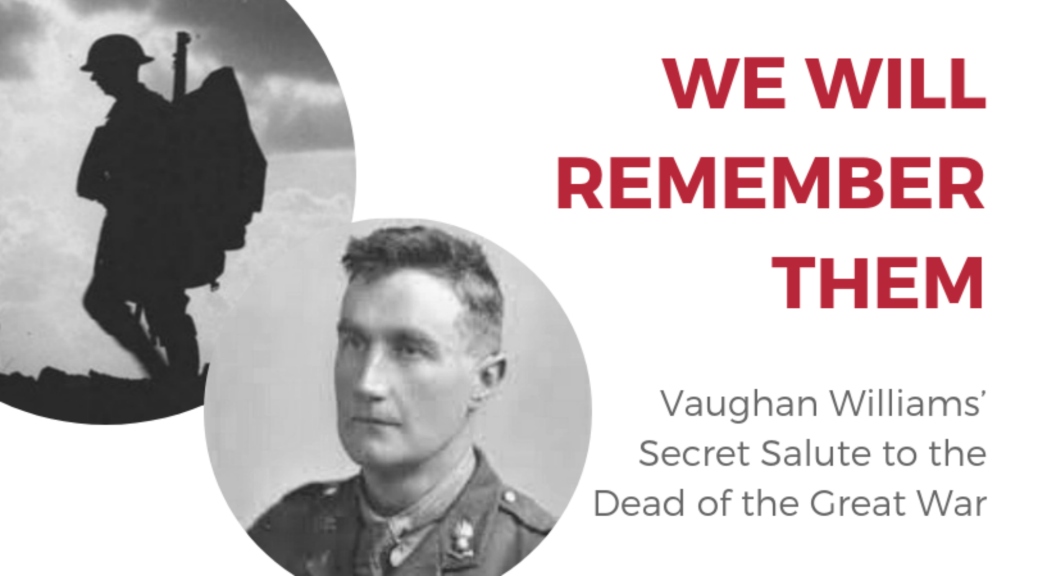 A talk by writer, historian and broadcaster Andrew Green.

Free admission with light refreshments during the interval

Like so many who served on the Western Front, Vaughan Williams barely described his experiences – as an ambulance driver and then as a commissioned officer. We have to examine the music he wrote in the years after 1918 for clues.

Writer and broadcaster Andrew Green has researched the background to Vaughan Williams’s hauntingly beautiful yet barely-known short 1922 opera, The Shepherds of the Delectable Mountains. The text comes, of course, from John Bunyan’s legendary Pilgrim’s Progress. Andrew is convinced this opera is a carefully constructed memorial to those who died and an offering of consolation for the bereaved. In this talk, we’ll be taken back to those years after the Great War when the nation struggled to come to terms with an appalling catastrophe.

Andrew Green has been writing and broadcasting about music for over three decades. Before then he was an artiste manager in London, where his client list included Mitsuko Uchida, Julian Lloyd Webber and the Alban Berg Quartet. His broadcasting began in 1985 with a radio feature on contralto Clara Butt. Andrew has gone on to present and produce around 300 music programmes for BBC networks, including presenting In Tune and BBC Proms broadcasts on Radio 3, Music Review on the World Service and many documentaries for Radio 4.

As a journalist, Andrew has written for many UK newspapers and most leading musical journals, including Classical Music, Early Music Today and BBC Music – in the last case covering subjects as diverse as JFK and music, Vaughan Williams’ Great War, the history of harmoniums and music heard at the Battle of Waterloo. The life and music of Vaughan Williams has intrigued him since his teenage years.

Andrew is also a research fellow at the University of Hertfordshire, where he teaches and devises projects in the area of oral history – work featured in a recent BBC radio documentary, Instant History. 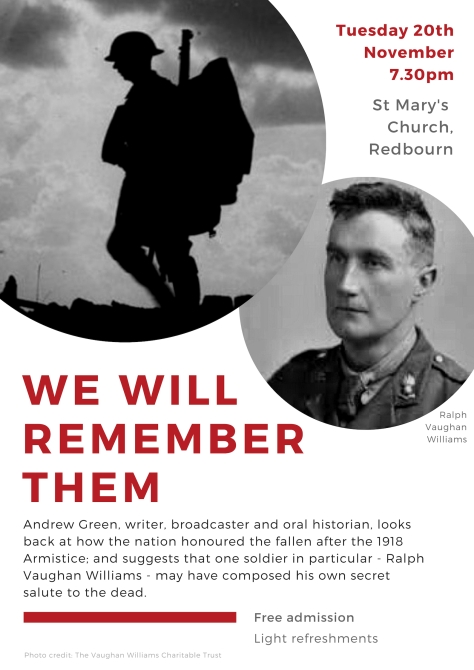 2 thoughts on “We Will Remember Them: Vaughan Williams’ Secret Salute to the Dead of the Great War”