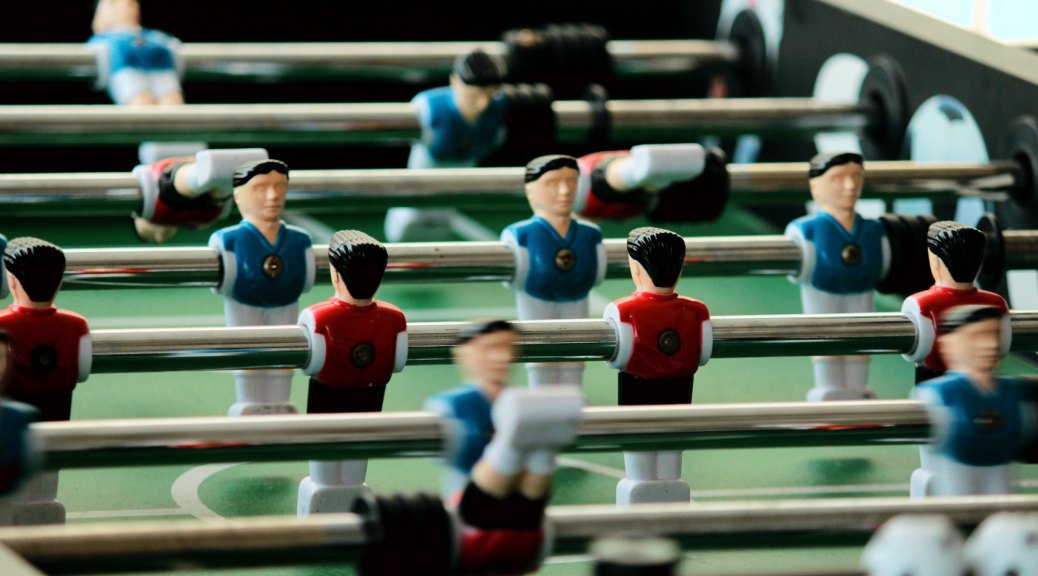 In the Upper Room, St Mary’s Church Transept Hall  we invite you to watch the England World Cup games:

Admission free – just bring you own snacks and drinks.

You must know that corny, well-worn joke:

‘How do we know that Jesus rode a motorbike?’

‘Because they heard the roar of his triumph all over Jerusalem?’

Well, the less said about that the better, but I wonder if we’ll hear any roars of triumph this summer as England head off to Russia for their World Cup campaign?

For as long as I can remember, the talk before every tournament has always been the same:

How far can England go?

As a team, will they actually be greater than the sum of their parts for once?

Can they finally, finally move on from 1966 and win the World Cup again?

Or will they be over-paid serial under-achievers again, with key players getting injured, and the team scraping through the group stages to leave in shame after the first knockout game?

I have no idea what’s going to happen and wouldn’t dare to predict, but what I do know is that once again the World Cup will be one of the biggest sporting events on the planet. And so with that in mind, I wonder if we might like to share in the joy (or misery) together.

At St Mary’s, we’re going to be screening all three of England’s group matches and invite anyone from our community to come along and enjoy the game together. There is no charge and you can bring along drinks and snacks of your choice to enjoy during the game. We won’t tempt fate by committing to screen any of the later games in the tournament but we can always do that if England are still involved (!) and there is sufficient interest to do so.

We’ll be set up and ready for anyone to arrive from about half an hour before kick-off and there will be a chance to have a bit discussion together at half time for any who want to share their insights and thoughts on the game.

For me, sport first and foremost has always been about bringing people together. People of different backgrounds, nationalities and interests both to play and to watch. Whatever happens in the coming weeks, I hope it will do that really well both on and off the pitch.